I stared at the list of “what to write” for.ev.er. this week. I guess I’m just a boring person because I can’t think of a single thing to write. I was thisclose to making a Stick Figure post about wardrobe malfunctions being my middle name in a cheerleading uniform, because between tumbling and stunts, my skirt was up at my hips almost all.the.time. No I was not a hoe, those things just rise. Thank the Lord Sweet Baby Jesus we had bloomers. The fans in the stands saw those more than my actual uniform, but I digress, that isn’t really a malfunction, huh? Next in line was a recent malfunction… entirely too recent for you good folks 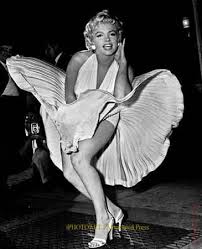 P.S. San Antionio, you’re still welcome.
I was never labeled anything as a child because I am the ultimate charmer and didn’t meet my arch-enemy until I was a senior in high school. I’ve never fought for things I’m not continuously passionate for, I’m not about to update my About Me, because honestly? I like to stay mysterious.
I was tempted to not blog at all, and just skip it to next week, but as I thought, this title fit perfectly. I warn you now, this is not a funny post at all so if you’re looking for humor, come back next time.
On to the topic: A Time You Feared for the Safety of A Loved One
The Husband and I had been dating since we were wee young ones as seniors in high school [actually it ties into my arch-enemy, but I won’t get into that]. A year and a half after we gradjucated he had already come and gone through basic training and AIT through the Army [Guard] and we were smashed in the face with reality. He had been called to go to Afghanistan.
Fast forward [for your sake] we were some months into his year long deployment and I had gotten settled with getting letters every two weeks and a phone call every Sunday. I understood that he wouldn’t get the chance to do those things when he was in the field or whatnot, but so far, I at least heard from him every two weeks. During this time in the war, the news only covered gunfights in Iraq or Afghanistan, so when I was trying to get my mind off the fact that I hadn’t heard from my then fiance in over a month, all I saw and heard about on TV were gunshots and wounded or killed soldiers. My future father in law and I were headed back to town from the next over and suddenly his phone rang! He pulled over [70-park in 2.3 seconds I swear] immediately so we wouldn’t lose him in the hill country. They talked to each other for a while, while my heart pounded from relief and excitement. After 10-15 minutes, he handed the phone over to me. We talked, about nothing special, day to day tasks and what have you when suddenly I hear guns in the background. SERIOUSLY. GUNS. Husband said “Oh, its just the locals shooting at each other, its fine.” Its fine? ITS FINE? At 20 “its fine” was not an acceptable answer with everything I had seen on the TV. Then he said “Well, I better go so we can end this soon” as I could hear the shots get closer and closer.
I fell to the ground and sobbed. On the highway. In the middle of the hill country. Not one of my prettier moments let me tell you.
Luckily, the Mister got the hint and called me the next day to let me know he was alright and everything was ok. He now knows not to inform me of events like that until AFTER he’s out of it and safe.