In honor of today’s title

For realz though, I think I fear change. For example, on July 19th I have an appointment with the new university to register for classes and I.am.terrified. I’m as super cereal as Al Gore’s hunt for ManBearPig

To this day, I still get new school jitters like I did walking into my elementary school. This time, it is magnified by a ton because I don’t just have to find one room, or even seven in the same building. This dang time, I’ll be skip-hopping across campus all by my lonesome with nothing more than a class schedule, a compass and the knowledge of which direction moss grows on trees. Not to mention trying to make friends. I’d really like to not bury myself in books instead of meeting new people, we’ll see how that goes.

It isn’t all new changes that I don’t like. I have BIG news! The Mister has re-enlisted into the military! Honestly, it was because of the latest zombie cow pandemic

He swore in this week. I am so ridiculously happy and proud of him, however I DREAD the influx of digi-camo stuff taking my house hostage in its slithery grip in Husband’s mancave and the garage.

We’re leaving on vacation in less than 36 hours YIPPEE!!!

I am so excited. I NEED this vacation. Do you know what I did this past week? No? Then please, pull up a chair, or take a spot on the loveseat. This one is a doozy and will hopefully make you feel better about yourself.

[Pretend that chimey music is playing, like it does during flashbacks on TV SitComs]

Earlier this week, I was feeling domesticated and wanted to get a jump on the housework so we wouldn’t have to do so much right before we left HA! What a joke. After sweeping and picking up the house, I volunteered to do the sisyphean task of cleaning the litterbox. Conveniently located in the laundry room, I was on a roll and almost done, when the grocery bag the waste was in FELL INTO THE WASHER. Please, don’t give me your sympathy or forced kind words, I know you are secretly pointing and laughing at me right now.

The husband was recouping his sleep from his work hours, but I knew to hold on to my sanity, I needed his help. After yelling some choice words, and hurling plastic things down the hallway, I called him in to help me. After scooping and using the vacuum [don’t worry I’ve cleaned out the vacuum ferociously!] we tested out the washer with an empty cycle, and THANK THE LORD IT STILL WORKED! I had a terrible fear I had broken the washer and with tail betwixt my legs, would have to explain it to the salesman while I was buying a new washer. Apparently, I still haven’t been housebroken yet. Know of any good schools?

Oh well, after tomorrow, my biggest worry will be bad tan lines and broken flip-flops.

So there is this woman. That I’m kind of in love with. Like a lot. She has a blog nestled quaintly at the address www.thepioneerwoman.com. This woman is amazing and hysterical. I’ve drooled over her recipes and recently got the guts to try some out myself.

These two to be exact

If you don’t try these, you’ll die. I am serious.

Back by popular demand by my only follower!
I’ve been putting off updated this hooha for the plain and simple fact that I.AM.LAZY. I finally finished school, and I have gone into full blown summer vacation as much as possible in my floating bubble in the middle of nature!

For real though, I’ve just been ridiculously lazy. Let me try and update.
After driving my previous car into a wall [not on purpose mind you] I got a new one. It looks like this [but isn’t this exact one]

Its nice. Real nice. I love it. It gets washed and vacuumed every one or two weeks and has stayed clean on the inside since I bought it. I think I’ve turned a new leaf in the realm of “don’t trash your car out like you used to when you first got your license.” It feels good. It has brought on an entire new sector of OCD in the form of locking my car and having to hear it beep twice before I believe its actually locked. I’ve even gotten into the building of my destination and walked right back out to relock my car. I’m at least getting more steps to count as exercise though, right?
Also, I’ve been in an epic battle of good vs. evil sick, and this one’s been a doozy. I don’t get sick often, in fact, I could camp out around sickly people and not contract the virus. Since my immune system is usually guarded by King Kong

when I finally do get sick, it knocks me clear on my ass. I was contagious and bedridden for two or three days, and the cherry on top was an ear infection that caused me to have no hearing in my right ear for OVER TWO WEEKS. TWO WEEKS!!! I was put on two separate rounds of antibiotics, which in return not only killed the bad bacteria, but the good bacteria as well. I hadn’t eaten right in three weeks [but on the bright side I lost 5-7 lbs!] and I’m finally done with the second batch. I have until the end of this week to see whats going down. Wish me luck!
Now this next one you need to sit down for. Are you ready?
In less than five weeks, we are going on VACATION!!! TO THE BEACH!!! and not just a required vacation where we have to do something for a little while, but we’ll take an extra day or so to look around.

No an actual vacation, laying on the beach, getting drunk like a 19 year old freshman college student!!! Its going to be fantastic. I can’t wait. Hopefully I’ll have pictures when we come back, but I’m not going to make it a priority on my time off.
Strangely enough, this odd duck has collected a handful of nicknames recently. Seeing as how I was tragically starved of a cute nickname when I was a wee little tyke, I am ecstatic!

My favorite, but least used is Winnie. I innocently got this moniker after Ms. Winnie Cooper from the Wonder Years, because she was a geek in the show, and apparently is a huge math geek in real life. Who woulda thunk it!

Slap some glasses on her in that picture and you had me. Wow, its kind of freaky : )
I do have another shameless music confession, I bought Kesha’s CD [I refuse to put a money symbol as the ‘s’, thats just stupid] a bit ago and I love it. I know what you’re thinking; 1. Why would someone in their right mind buy a CD from a girl who thinks pantyhose is a decent piece of clothing to wear on its own

2. Who in their right [geeky] mind ever devulge their intellect with songs asking why a boy who has a girlfriend, hasn’t called another girl yet because his girlfriend is like so totally ugly? and 3. Did you get a free STD test, shot of penicillin, and locations of AA meetings in your surrounding area with the purchace of your CD?
Hear me out, girlfriend’s lyrics aren’t thought provoking at all as long as your thoughts stem outside of alcohol and boys; and I know that just speaking regularly she sounds like she’s sloshed all.the.time., but when I listen to [her] music I do the following:
1. hear the beat
2. hear the melody
3. proceed to dance like an awkward middle-school white girl in my car or living room
4. die a little inside when I think about what I’ve done.
Her music [not lyrics] are catchy and fun to dance to, just like Lady GooGoo, which whom I’ve un-lovingly renamed, because her music turns your brains into goo [like her own. Have you heard some of the stupid crap hurling out of her mouth? She’s an idiot, or on crack] 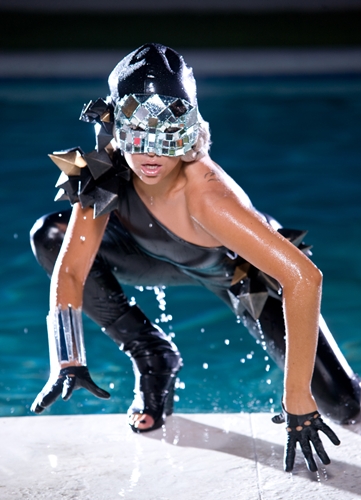 As for now, I think that is all I have. Yes a lot has happened, but I don’t want to overload in one post. I have a few more things, kind of big things, that are unfolding and although you won’t be the first to find out, I’m sure I’ll tell you sooner or later.
Until then, always remember, CRACK KILLS